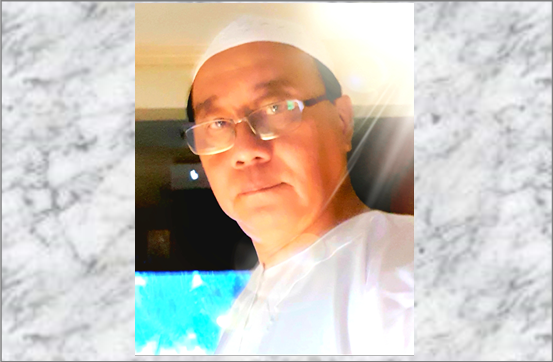 In the 1989 sports fantasy film “Field of Dreams”, a voice resounds, audible only to the main character, Kevin Costner: “If you build it, he will come.” The Costner character proceeds to build a baseball diamond on his farm, and the departed baseball greats of the past start emerging from the corn crops to play baseball.

The halal industry may not be a baseball field, and the halal stakeholders may not be spirits of baseball players, but the process of listening to the voice that urges, building from a dream, and witnessing not just the players but also the spectators, come to the game, is also the stuff that should make a successful nation-wide halal undertaking.

In the halal industry, “listening to the urging voice” is heeding Allah’s prescriptions in the Noble Qur’an telling us: “O ye who believe! Eat of the good things wherewith We have provided you, and render thanks to Allah, if it is He whom ye worship.” [II:172] On a broader scale, Allah in the Qur’an prescribes: “O ye who believe! Forbid not the good things that Allah had made lawful to you, and transgress not. Lo, Allah loveth not the transgressors.” [V:87] The foundation of permissible acts, and consequently, the halal way of life are built upon these verses and similar ones. They represent the Voice of the Almighty, reverberating more sacred and more imperative, than the voice in the field of dreams.

Listening, so must Muslims build from a dream; that dream being the halal way of life. In a country where Muslims are a minority and the Constitution handicaps the State by dichotomizing the religious and the secular, the actualization of Islamic-laden values depends mainly on the Muslims themselves, rather than the majority population that cannot be expected to empathize with the minority. Hence, initiatives must spring from the Muslims, and their leaders and political representatives who are knowledgeable on the intricacies of the faith. They cannot, and must not, wait on the majority who understand little of their needs, and know practically nothing on how to respond to these needs.

This does not mean, however, that the non-Muslim legislators must remain ignorant of the needs of their Muslim constituents. In the exercise of their mandated legislative duties, they must be conscious that there should be consultations where expert suggestions and consensus are respected and accepted.

Instead of a commercial emphasis on halal products for instance, as R.A. 10817 now provides, legislators must be aware that halal certified products will only sell if their halal integrity is beyond question. The best way to do this is to allow Muslims to have primary charge of the halal determination and assurance tasks. Halal, after all, is spiritually based on the religion of Islam.

The second major aspect of building our halal dreams is the promulgation of uniform halal accreditation procedure and product certification standards to be followed by all Philippine halal certifiers; and the continuous training of halal experts and auditors who will be in the forefront of ensuring the integrity of Philippine-certified halal products. This may be done by selfless cooperation and coordination by both the private and public sectors — something which I observe to be lacking for a long time now. Muslims should remember that true halal does not only stand on routine processes and set standards. The true practice of halal emanates from our intentions and actions to live according to the teachings of Islam, and that includes observing harmony and camaraderie among Muslims; instead of competition and fitnah.

The third major aspect should involve forming a strong and conscientious halal consumer movement that can check administrative and technical lapses and excesses in halal accreditation and certification, patronize legitimate halal products, and further enhance their quality and viability.

Having listened to the urgings, having built the dream into reality, all halal stakeholders will now come together, eager to patronize products that have legit halal guarantees and exude heavenly blessings. And just like in the field of dreams where baseball fans trekked to the farm with the baseball diamond, so will the consumers, domestic and international, flock to our halal industry where the field is not just diamond-shaped but also divinely sanctioned.

BARMM picks Mulondo to host launching of its One Stop Shop