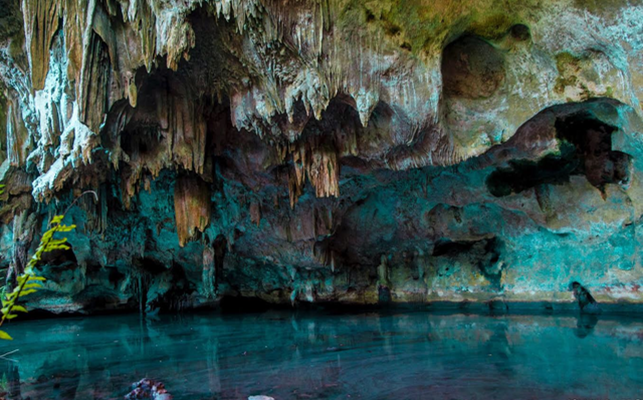 A quite tiny village named Lakit-Lakit in Bongao, Tawi-Tawi possesses a major historic significance where underneath its landscape rests a chain of caves and rock shelters of very important archaeological findings.

In it is one of the earliest human settlements in Southeast Asia that dates back to 8,000 to 5,000 years ago. Excavation in the area had led to discovery of ancient artifacts like flake tools, polished stones, earthenware shards, bone tools and animal remains. The site was declared an important Cultural property in 2017 by the Philippine National Government.

Balobok (or Boloboc to most book references) is a native tongue term for a ‘mother bangus’ fish. The other meaning of Balobok is the sound produced by upwelling of seawater when huge waves hit the limestone rock formation that stretches the coastal contour of the area which faces the Sulu Sea.

At the height of the secessionist movement in the ‘70’s the caves and several of its chambers served as a natural shelter and quarters for the then Moro National Liberation Front (MNLF) fighters in the area.

Today, the site is one of the most visited landmarks in the Municipality after the iconic Bud Bongao. It offers a white sandy beach adjacent to a couple of cave entrances or exits. It is also a favorite photo spots for ‘Pre-Nuptial’ sessions and almost every week-end a place to hold picnics and relaxation. JOHNNY R. LEE, Ph.D.