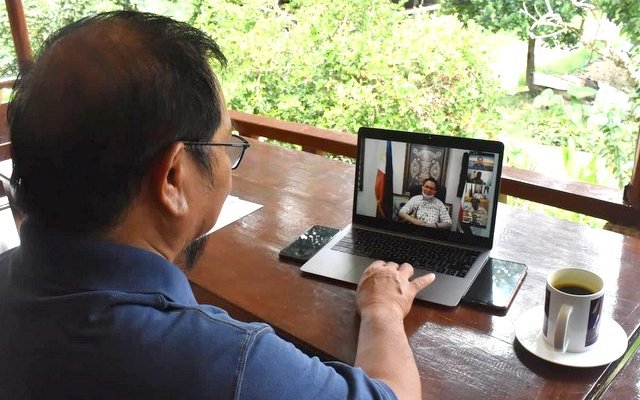 Officials of the Bangsamoro Autonomous Region in Muslim Mindanao (BARMM) and the Mindanao Development Authority (MinDA) have agreed on concerted efforts in the proposed conduct in September of another episode of the “MinDA Tienda” for the city of Manila.

“The Beauty and Bounty of the Bangsamoro Autonomous Region will be showcased in the ‘MinDA Tienda sa Manila’ tentatively set September 20 to 26 at the Mehan Garden in Manila,” Sec. Piñol said in an online post after the tele-conference..

The week-long event will feature agricultural and fisheries products, including fruits, Organic Black and Brown Rice and fabrics made out of indigenous materials from Mindanao. It is a joint project of the MinDA and the Manila City Government.

“It aims to present to Metro Manila buyers and consumers the different commodities produced in abundance in Mindanao and is timed to be staged at the height of the harvest season for tropical fruits like Durian, Mangosteen, Lanzones and Pomelo,” Piñol said.

Apart from fruits, other agricultural products such as fisheries and marine products from Mindanao, including BARMM areas will be showcased in the event.

During the virtual conference via ZOOM, Chief Minister Ebrahim assured support for the event as a way of promoting Mindanao products and connecting the region’s farmers and fishermen to direct buyers, the MinDA chief said.

Ebrahim was joined in the conference by Minister Mohammad Yacob of the Ministry of Agriculture, Fisheries and Agrarian Reform, Minister Naguib Senarimbo of Interior and Local Government, and BARMM chief planner Mohajerin Ali.

The MinDA Undersecretary Janet Lopoz, Asst. Sec. Cherry Akbar and other staff also joined the conference, some photos of which were posted online by Sec. Piñol.

The upcoming “MinDA Tienda” episode “is also expected to project a positive image for Mindanao, especially the Bangsamoro Region, which for so long was perceived as a conflict area,” he said.

MinDA had staged in Baguio City an episode of “MinDA Tienda” that showcased and sold varieties of tropical fruits last year.

Officials from Manila, Quezon City and other parts of Luzon have since asked MinDA to include their areas in list of host areas for succeeding legs of the convergent project, the MinDA chief said. (AGM)