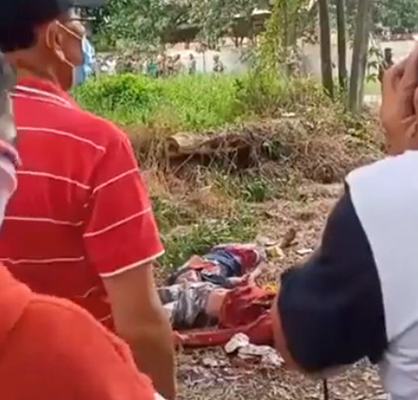 Ebrahim has underscored the need for thorough investigation of the incident, despite its being outside the BARMM core territory.

But BARMM Executive Secretary Abdulraof Macacua said the regional government is mandated under its charter to attend to the welfare of other Moro people living outside the region.

Ebrahim and Macacua said the BARMM probe team will properly coordinate its efforts with the municipal government of Kabacan and the North Cotabato provincial government.

He said the upcoming Regional Peace and Order Council (RPOC) meeting on Sept. 9 will discuss the massacre of the nine Moro farmers on Kabacan and the earlier bombings in Jolo, Sulu.

“We can (ask) other National Government agencies like National Bureau of Investigation and Department of Defense (to look into the massacre) but we will not wait for their actions. Our investigation has to be immediate,” Ebrahim was quoted as saying at Tuesday’s cabinet meeting.

Meanwhile, The Commission on Human Rights in Region 12 (CHR-XII) has disclosed that one of the nine fatalities was able to confide to his relatives before expiring at a local hospital the involvement of policemen in the carnage.

While fighting for life, Guiaman at his hospital reportedly told his relatives that policemen stopped him and eight other motorcycle-riding Moro farmers, herded them to the roadside and shot them in the heads and bodies.

“This dying declaration of the victim who managed to speak to his relatives before he died alleging that policemen were behind [the killings] will be very important to the case,” journalist Ferdinandh Cabrera of the MindaNews online quoted Director Deluvio as saying.

Deluvio reportedly wanted more details, adding though that the CHR would classify the incident as an “extrajudicial killing” case.

“When we say EJK, usually it involves law enforcement agents but it doesn’t end there. It could be the inaction, if they did nothing to the investigation or it is ineffective,” Deluvio was quoted as saying.

The CHR official has reportedly deployed people and arranged more interviews for them to gather accounts from other witnesses to support the filing of charges against the police.

“For now we will corroborate the utterances made by several witnesses and formalize their statement,” he said.

In an interview over the phone by the Philippine Muslim Today, Col. Villar said the Region XII police office mulled at a meeting on Aug. 31 for a probe of the incident by the National Bureau of Investigation (NBI).

“We don’t want to speculate. There are some angles and we are making our best to (get) accurate result of our investigation,” Villar said.

Major Peter Pinalgan Jr., Kabacan town police chief, said in earlier reports the victims were strafed while standing by the roadside along Aringay Road inside the state-run University of Southern Mindanao (USM) campus.

“They were allegedly ordered to stop by unidentified suspects and when they all alighted from their motorcycles, they were shot (at) several times,” Pinalgan said.

He earlier identified the nine fatalities as:

BARMM has likewise announced it will conduct a probe on the killings even if it is outside its jurisdiction, noting that “all of the victims were identified as Bangsamoros.”

Jabib Guiabar, BARMM caretaker for the seven barangays of Kabacan that are part of the autonomous government, said there will be an interreligious rally this coming Saturday to condemn the massacre.