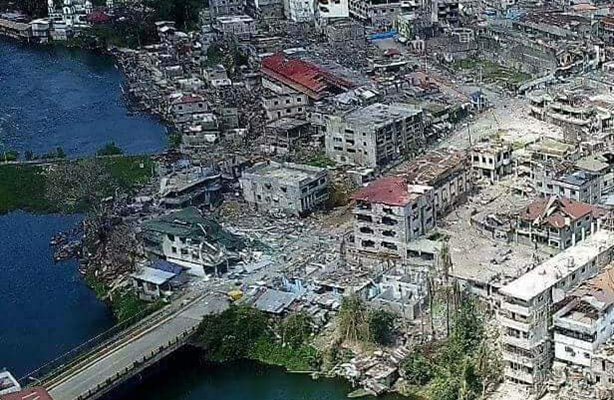 The Committee on Disaster Resilience of the House of Representatives has approved on Thursday a proposal providing monetary compensation for residents affected by the 2017 Marawi City siege.

The committee approved its report on the substitute bill to House Bills 3418, 3543, and 3922, otherwise known as the proposed “Marawi Siege Compensation Act”.

Deputy Speaker Mujiv Hataman said an estimated 95 percent of the infrastructure was damaged in the main battle area, which is “definitely one of the greatest challenges” facing the government’s rehabilitation effort in Marawi City.

“The armed fighting not only created housing problems but livelihood issues of the residents, as well. It is, therefore, the duty of the State to address the loss and destruction of property of Marawi City residents,” said Hataman in an explanatory note.

The bill proposes to institutionalize the Task Force Bangon Marawi (TFBM) to attain the objectives set in the Marawi Recovery, Rehabilitation, and Reconstruction Program (MRPP), as well as provide for the compensation to those who lost their homes and other properties to the siege.

Earlier, Hataman joined Marawi displaced persons seeking to revamp TFBM allegedly due to its failure to rebuild the city for three years.

A compensation subcommittee under the TFBM shall be formed to receive all claims and resolve claims filed within 30 working days.

Under the measure, lawful owners or possessors who have become internally displaced persons (IDPs) as a result of the destruction of their private property due to the siege may file a claim with the compensation subcommittee.

While there is no specific amount regarding the allocation for compensation, the budgetary requirement shall be sourced from the following year’s General Appropriations Act upon ratification into law.

The TFBM was created under Administrative Order No. 3 issued by President Rodrigo Duterte on June 28, 2017, to ensure collaboration and convergence among national agencies and the local government units.

TFBM facilitates the rehabilitation, recovery, and reconstruction efforts in the war-torn city after the Islamic State-linked Maute group stormed Marawi on May 23, 2017. It also seeks to help displaced families to recover from the tragedy brought by the siege. MASIDING NOOR YAHYA

BARMM picks Mulondo to host launching of its One Stop Shop