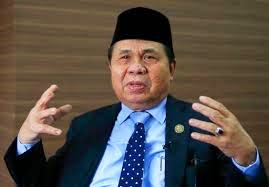 The Bangsamoro Transition Authority (BTA) has formalized the subtle campaign for a three-year extension in the tenure of its appointed members, with its passage on Nov. 17 of Resolution No. 332 for the purpose.

“I stand by our chief minister, when he declared that in the normalization, there (is) much to be (done),” Lorena said, referring to the podcast interview by journalist Christian Esguerra on Nov. 13 where ICM Ebrahim conveyed support to the recommendation of the Mindanao Peoples’ Caucus (MPC) on extending the transition period for three years.

In the podcast interview, ICM Ebrahim admitted “challenges” for the new autonomous governance to fully flesh out the two major intents in the 2014 MILF’s Comprehensive Agreement on Bangsamoro (CAB) – the governance track and the normalization track.

The appointive BTA members will govern the interim BARMM governance until the election in 2022 of their regular replacement.

The BTA parliament had just enacted the BARMM’s Administrative and Education Code, and is still tackling the Civil Service Code, Local Government Code in processes largely stunted by the advent of the CoVID-19 global pandemic and the adversities of intermittent natural calamities among Moro people in and outside BARMM.

ICM Ebhraim said their transitional administration has not delivered major successes, something that the electorate in BARMM would reckon if the 2022 election of regular officials would push through.

Congress, under President Rodrigo Duterte, passed the Bangsamoro Organic Law in 2018 with the new region set following a two-stage plebiscite the following year. But it provides for only 3-year transition.

BTA Resolution No. 332 has formalized the campaign, even as it officially urged Congress to extend the tenure of office of its appointed members.

Parliament members Lorana, of Sulu, and Eddie Alih, of Tawi-Tawi, said that in the search for political solution to the Mindanao conflict, the three-year extension of the BTA is necessary to accomplish its mandate as stipulated in the BOL and to complete the implementation of the normalization tract of the peace process.

In an earlier interview with the Philippine Muslim Today news group, Parliament Member Paisalin Tago, also a lawyer from Lanao del Sur, disclosed inhibition from joining the authors of the extension-seeking resolution, saying he would not like to appear pushing for something “self-serving.”

But Tago agreed with MPC and other peace stakeholders that the current interim period for BARMM governance is not enough to make the difference over the past regional autonomous setup that reeked with suspicions of alleged misgivings and inadequacies.

Earlier, meanwhile, the elected mayors of 39 towns and once city in Lanao del Sur purportedly led by Gov. Mamintal “Bombit” Adiong Jr. convened last week and expressed object to the campaign, citing the need for the need for true electoral representation in the regional governance via the 2022 polls.

On the other hand, the Federation of Bangsamoro Communities Outside the Bangsamoro Autonomous Region or BCOBAR has expressed full support to the extension call.

Another youth group called “1Bangsa” has sent to the Philippine Muslim Today a statement rallying the move for three more years of transition period for the interim BARMM governance. (AGM)