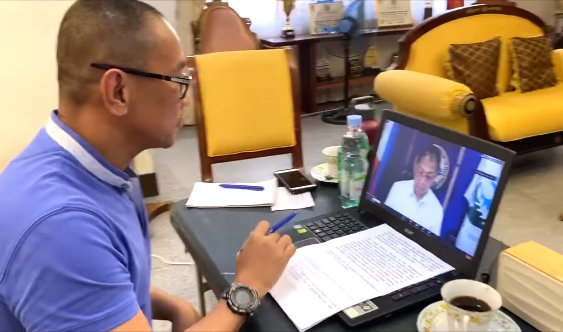 Maguindanao 2nd District Rep. Esmael “Toto” Mangudadatu has filed a bill postponing the 2022 election of parliament members of the new regional autonomous government and seeking a longer lifespan for the Bangasamoro Transition Authority (BTA) to accomplish fully its legal mandates.

Tonight (Wednesday), meanwhile regional spokesman Naguib Sinarimbo said in a Facebook post that “the proposal to extend the period of transition in the Bangsamoro to complete important tasks in the transition has formally moved in the house and in the senate.” But he did not mention any specific senator(s) filing corresponding bill.

In an introductory message for his bill, Rep. Mangudadatu said the crafting and filing of the measures preceded some hearings among stakeholders by the Committee on Peace, Reconciliation and Unity he chairs.

The payment of the remaining P900,000 has been delayed because the national government’s attention has been drawn to emergencies in the advent of the COVID-19 pandemic, for which much of the national resources have been spent, he said.

In another recent revelation, BARMM spokesman and Local Government Minister Naguib Sinarimbo said only about 12,000 of the MILF’s full membership have been decommissioned.

As supplementary income for those decommissioned, Macacua said the Ministry of Environment, Natural Resources and Energy (MENRE) has absorbed some 2,000 of them as forest rangers, nursery workers and seedling planters under the regional Greening program. Macacua, concurrent MENRE minister, is also chief of staff of the Bangsamoro Islamic Armed Forces (BIAF), the MILF’s combat wing.

Another major concern being considered in the proposed transition extension is the delayed enactment by BTA of all codes on administrative structure, civil service, education, local government, electoral processes, taxation and other legislations needed to build strong foundations for better autonomous governance, Sinarimbo and Macaua said.

Only the BARMM administrative Code has been enacted into law last month by the BTA. Other regional codes remain under deliberation in processes equally saddled by social movement restraints imposed in the campaign against COVID-19.

In a podcast on Nov. 13, BARMM Chief Minister Ahod “Hadji Murad” Ebrahim has admitted that his administration has not a “major success” yet, something that may impede MILF-fielded candidates under the United Bangsamoro Justice Party (UBJP) to obtain votes in the 2022 election for regional parliament members.

Amid challenges for achieving the two major tracks, Ebrahim expressed support to recommendation by the Mindanao People’s Caucus (MPC) for an extension in the BTA lifespan. The MCP reportedly made the recommendation after its conduct of a “rapid midterm review” on the operations of the interim BARMM governance.

But Ebrahim’s announcement had drawn mixed reactions from the public and major stakeholders, Officials from Tawi-Tawi and Maguindanao had conveyed to higher authorities separate manifestations endorsing the extension of the BTA lifespan until 2025. Provincial government officials from Sulu, Basilan and Sulu had likewise sounded off their dissenting stance against the proposal.

Amid the brewing debate, the BTA passed Resolution Nov. 332 on Nov. 17 to elevate the debate to higher quarters, notably Malacañang and Congress.

Rep. Mangudadatu said his committee had also heard views from representatives of officials from BARMM areas as well as leaders of the Inter-Government Relations Body (IGRB), an entity co-chaired by Finance Secretary Sonny Galvez and Education Minister Mohagher Iqbal.

Mangudadatu said he “agreed” with the OPAPP and IGRB officials that “three year is not enough for BTA and the national government to lay (down) strong foundations for stable peace in Mindanao, as well as having a responsive and well-functioning bureaucracy of Bangsamoro Autonomous Regional Government.

He could only wish for smooth sailing in the House plenary of his bill and its counterparts from Reps. Legarda and Romuladez.