It is no secret that the world is now rejoicing at Donald Trump’s comeuppance.  It can even be said that it was forthcoming, something to be expected after the business tycoon-turned statesman-turned object of contempt had bungled and bloopered away his time at the White House right till the end.

With Trump’s bigoted stance against minorities and Muslims, with the way that he had been perceived to have mishandled America’s Covid-19 crisis, among other epic failures, long-suffering Americans can now breathe a sigh of relief when Joe Biden assumes the presidency this month.

The same goes for people worldwide who have been following US affairs and the US elections. This feeling of relief has been even made stronger by the failure of the pro-Trump mob to storm the US Capitol when Biden’s win was about to be ratified. Trump was not even spared another impeachment. All of which goes to show that his days as USA’s chief executive have ended, before he even steps outside the White House for the last time.

What can the ordinary Muslim in the Philippines learn from this? Apparently, a few things. One can learn that it is indeed possible to use one’s right to vote to express his/her anger at the current state of affairs, that it is possible to say through votes that enough is enough.

At least a great number of Americans know how to make amends for the mistakes they made in the previous elections. They know when and how to pull the plug on the circus led by a clown they had voted into power.

Can the long-suffering Moro, whose region and localities are known for being the poorest in the country, allegedly due to widespread and deeply-rooted corruption, then, make a paradigm change and do the same in the next polls? Or will he continue to perpetuate his role in this country’s brand of democracy?

Will he use his vote decisively this time, to end the long cycle of poverty, corruption and poor governance that he has, unfortunately, always known? Or will he continue to exchange his dignity again for tens of thousands of pesos handed over to him to guarantee his complacency?

One can only hope and pray. PMT 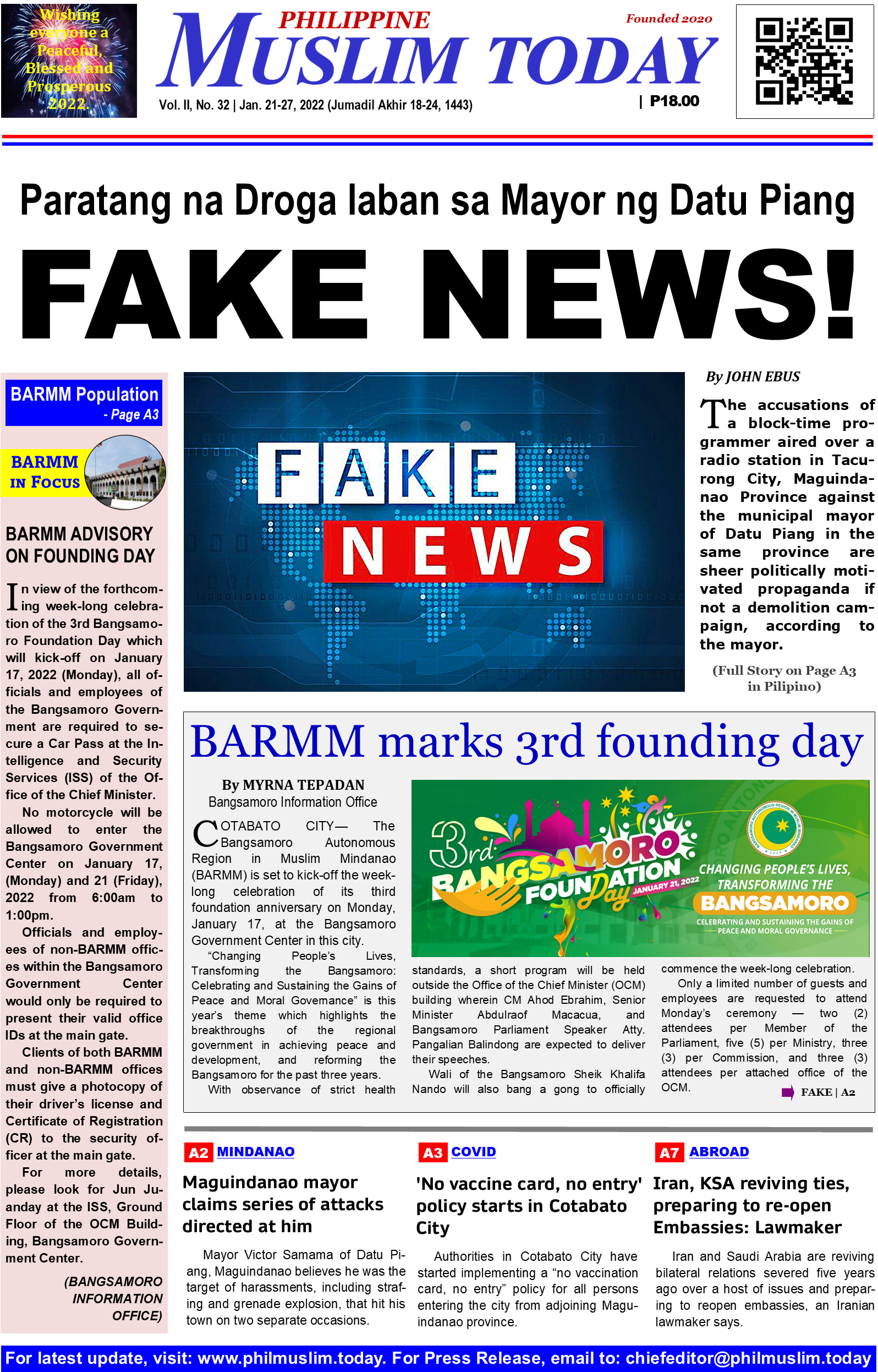