On June 16, 2020, the plan to establish a national media outfit for Muslim Filipinos first found a space in the social media to land a foothold to start with. On June 19, 2021, Philippine Muslim Today (PMT) was adopted as the banner and its maiden digital paper issue posted. What followed is a story full of challenges.

As embodied in its articles of incorporation, the organization is primarily aimed to be a national strong media entity encompassing the traditional print (hard copy) as well as the digital and online media platforms wherein independent Muslim journalists and Muslim thinkers supported by the Muslim community and non-Muslim sympathizers are united for the common good.

The founders envision the organization –

1. As a unifying factor of all Muslim journalists and media practitioners in the Philippines irrespective of tribe, social standing/outlook in life, or political affiliation and persuasion;

2. To be a voice of the Muslims in the mainstream media, on the one hand, and as reliable source of information, on the other;

3. To help strengthen the Muslim solidarity in this country and elsewhere for their own common good and welfare; and

4. To be an effective partner in building a great Filipino nation and in making this planet a better place to live in.

Guided by the above, and imploring Divine Providence, PMT has lived one year of its life despite financial constraints for no outside financial support has been extended but the extraordinary effort of its founders and writers.

Now as we tread through another year or a thousand more, we remain committed the more to aspire for unity and a peaceful harmonious co-existence of humanity irrespective of their creeds and races and homelands. PMT 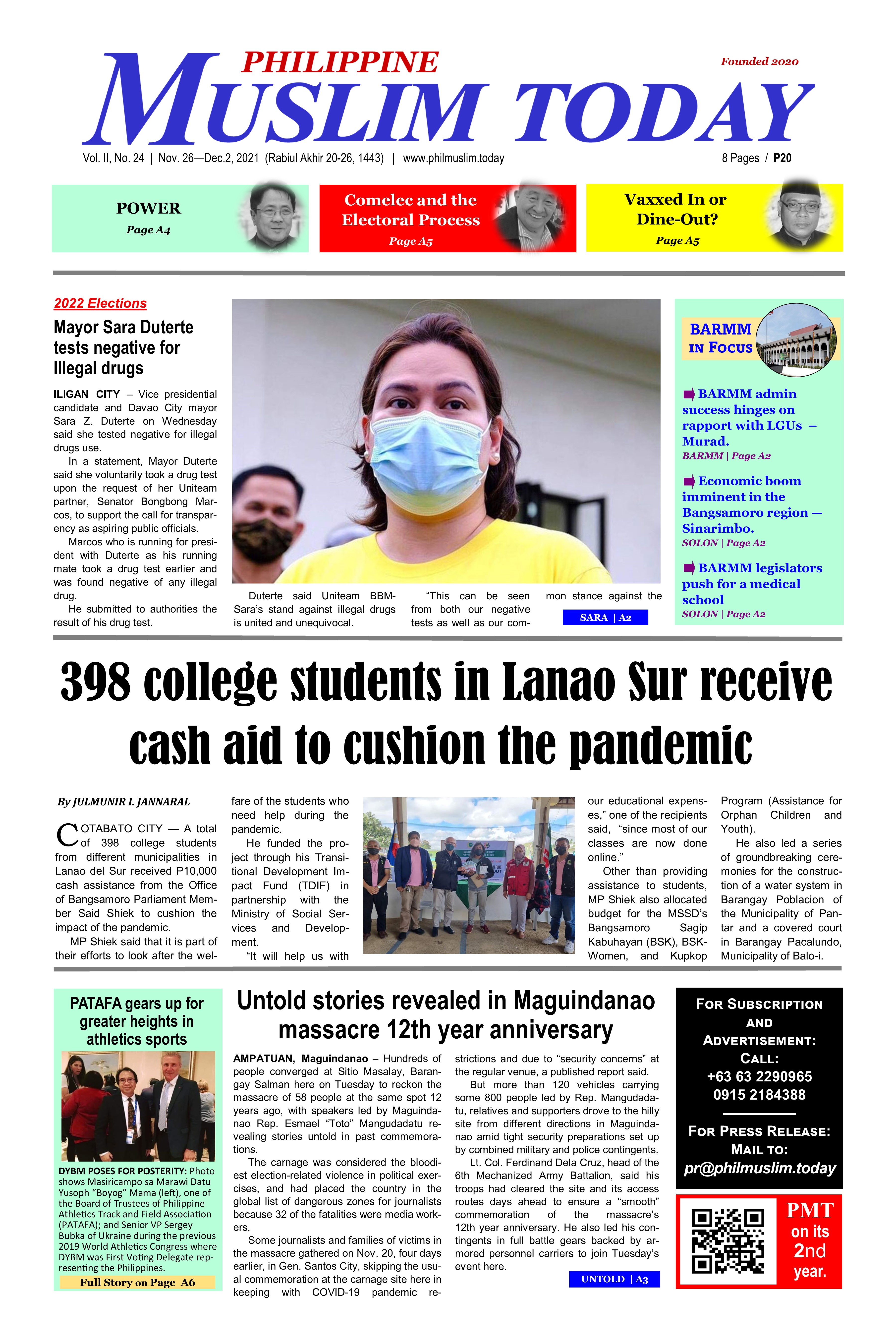