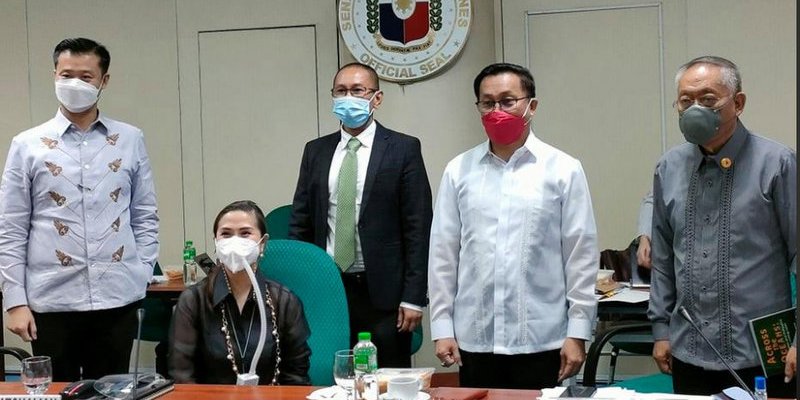 COTABATO CITY – The bicameral body of the Senate and the House of Representatives approved today, Tuesday their harmonized bill deferring the 2022 Bangsamoro parliament election to 2025, stirring more praises from rallying quarters with confidence that an extension in the transition period of the interim regional governance is “90 percent” conclusive.

Other representatives to the bicameral like Senators Bong Go and Riza Hontiveros, Deputy Speakers Bernadette Herrera-Dy and Loren Legarda, and Rep. Hooky Alonto Adiong participated in virtually, it was learned.

The bicameral conference briefly deliberated SB No. 2214 and HB No. 10121 provisions, adopting substantially the House version on the plight of incumbent appointed members of the 80-seat Bangsamoro Transition Authority (BTA), the interim governing body of the Bangsamoro Autonomous Region in Muslim Mindanao (BARMM), sources told the Philippine Muslim Today news.

Thus, Section 2 of the reconciled bill read: “During the extension of the transition period, the (BTA) shall continue as the interim government in the (BARMM); provided, however, that the President may appoint the eighty new interim members of the BTA who shall serve up to June 30, 2025 or until their successors shall have been elected and qualified.”

Originally, the House bill prescribed that “upon the approval” of the harmonized bill, President Duterte shall appoint the new BTA members for a term until June 30, 2025, Rep. Sinsuat said, explaining that bilaterally agreed section makes it “optional” for the sitting President to make new appointments in the interim ruling body.

BARMM spokesman Naguib Sinarimbo said he was promptly briefed by Rep. Mangudadatu, principal sponsor of the House version, and described the reconciled bill as “fair.”

“We are elated that the bicameral just approved the HoR version of the law resetting the BARMM parliament election and thereby extending the period of transition. We thank the conferees for this immediate action. Now we can focus on the more important work of delivering the peace dividends to our people in the region and in the country in general,” Senarimbo to the PMT news over the phone.

The two panels are expected to immediately present the bicameral report for ratification in their respective plenary sessions, according to Beverly Ballitoc, Mangudadatu’s legislative staff, who assured to keep the Bangsamoro Press Corps updated of the harmonized bill’s ratification sessions.

After the Senate and House ratifications, the government printing office will print the revised bill in a process called “enrolling,” giving the President 10 days to sign or veto the enrolled bill, legislation experts said.

He said supportive quarters from various sectors painstakingly mustered more than a million signatures, held a series of caravans and peaceful rallies to persuade Congress and Malacañang into deferring the 2022 parliament polls and providing the interim BARMM entity three more years in its infant stage amid challenges aggravated by the COVID-19 pandemic.

“There were times, too, when we felt dejected due to some movements that wish to derail the dream and promise for a stronger BARMM Regional Government. Wala kami magawa kundi harapin ang mga ito kasi normal naman talaga na may mago-oposisyon sa bawat prosesong demokratiko,” Mangudadatu said.

He thanked again President Duterte for “certifying as urgent and necessary House Bill No. 10121, which resulted to its swift passage during its third and final reading” at the lower chamber, saying the imminent BTA term extension is an added feather to his administration’s “legacy” in establishing the BARMM governance.