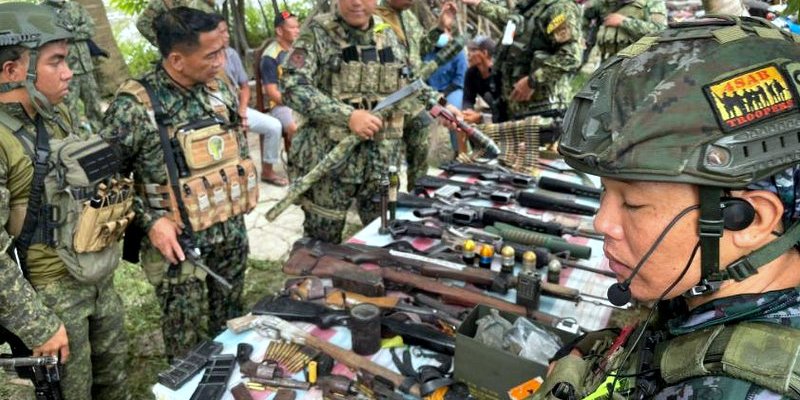 KIDAPAWAN CITY – Stolen motorcycles from here and North Cotabato as well as nearby areas could be among the 440 units recovered by a joint police-military team from a warehouse after a firefight that left five people dead and five others wounded on Wednesday, December 29.

Meanwhile, some residents of the village raided by the joint police-Army team have called for in-depth probes on the law enforcement operation due to alleged encroachment of their neighboring residences that allegedly led to loss of valuable belongings such as cash, jewelries and laptops, according to the BNB News Online & Public Affairs group.
Ostensibly seeking for the recovery of their lost properties, the concerned residents particularly addressed their call to the Bangsamoro Human Rights Commission, the National Bureau of Investigation, the Commission on Human Rights in Region 12, and the Bangsamoro Transition Authority.

“As the team arrived in the village, unidentified gunmen opened fire, using high-powered firearms,” said Gen. Tagum, who is known for his fierce strides against lawless elements.

The raiding team, with the assistance of some concerned residents, named the fatalities as Badrudin Masulot Dalid, Arbaya Dalid Panizares (female), Asraf Dalid Masulot, Bunta Kabantu, and a still unidentified male who all died at the battle scene.

Five people were also wounded in the gun-battle, including three cops, Lt. Col. Maria Joyce Birrey, spokesperson of the Region 12 Police Office 12, confirmed in a report. The injured police officers were rushed to hospital in the town proper of Pikit, it was learned.

A policeman named Muhidin Dalaganon Mantok, one of the gunmen, voluntarily surrendered to authorities, said a published report.

The target compound of the warehouse, which also contains a tennis court and a basketball court, was owned by a legitimate pawn shop businessperson, according to a Philippine News Agency news article citing an informant.

The motorbikes, including guns, were pawned at the shop, the unnamed informant said, explaining why there were many motorcycles and vehicles in the area.

But Lt. Col. Birrey said an investigation was still going on the report if it was a warehouse for pawned vehicles.

“The presence of high-powered firearms made the area a suspected lair of a lawless group,” the PNP report quoted Birrey as saying.

All firearms seized during the raid were unlicensed. Barangay Gukotan is about 20 kilometers south of the town site proper of Pikit, it was learned. (AGM)